THE HISTORY OF THE FIRST PRESIDENT OF ZAMBIA HOR.KENNETH DAVID KAUNDA. 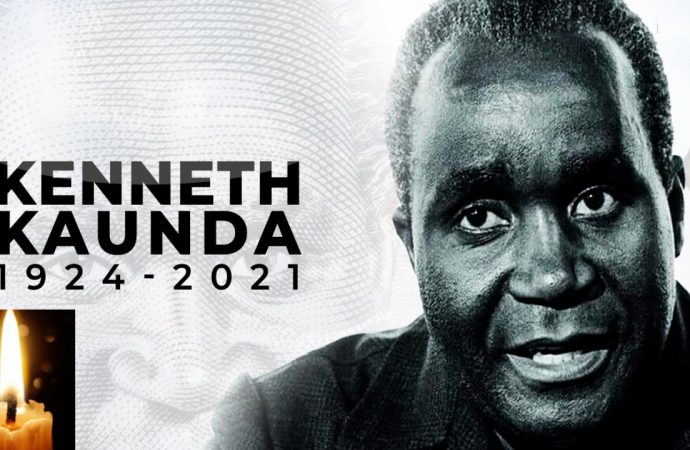 Kaunda was born on 28 April 1924 at Lubwa Mission in Chinsali, Northern Rhodesia, now Zambia, and was the youngest of eight children. His father was the Reverend David Kaunda, an ordained Church of Scotland missionary and teacher, who was born in Nyasaland (now Malawi) and had moved to Chinsali to work at Lubwa Mission.

Kaunda was born on 28 April 1924 at Lubwa Mission in Chinsali, Northern Rhodesia, now Zambia, and was the youngest of eight children. His father was the Reverend David Kaunda, an ordained Church of Scotland missionary and teacher, who was born in Nyasaland (now Malawi) and had moved to Chinsali to work at Lubwa Mission. His mother was also a teacher and was the first African woman to teach in colonial Zambia They were both teachers among the Bemba ethnic group which is located in northern Zambia. His father died when Kenneth was a child. This is where Kaunda received his education until the early 1940s. He later on followed in his parents’ footsteps and became a teacher; first in colonial Zambia but then in the middle of the 1940s he moved to what is now Tanzania. He also worked in Southern Rhodesia.. He attended Munali Training Centre in Lusaka between 1941 and 1943.

Kaunda was a teacher at the Upper Primary School and Boarding Master at Lubwa from 1943 to 1945. For a time, he worked at the Salisbury and Bindura . In 1948, he became a teacher in Mufulira for the United Missions to the Copperbelt (UMCB). He was then assistant at an African Welfare Centre and Boarding Master of a Mine School in Mufulira. In this period, he was leading a Pathfinder Scout Group and was Choir master at a Church of Central Africa congregation. He was also Vice-Secretary of the Nchanga Branch of Congress

In 1960 he visited Martin Luther King Jr. in Atlanta and afterwards, in July 1961, Kaunda organised a civil disobedience campaign in Northern Province, the so-called Cha-cha-cha campaign, which consisted largely of arson and obstructing significant roads. Kaunda subsequently ran as a UNIP candidate during the 1962 elections. This resulted in a UNIP–ANC Coalition Government, with Kaunda as Minister of Local Government and Social Welfare. In January 1964, UNIP won the next major elections, defeating their ANC rivals and securing Kaunda’s position as prime minister. On 24 October 1964 he became the first President of an independent Zambia, appointing Reuben Kamanga as his vice-president.

At independence Kaunda’s government inherited a country with an economy that was completely under the control of foreigners. In the first twenty years of Kaunda’s presidency, he and his advisors sought numerous times to acquire modern weapons from the United States. In a letter written to U.S. President Lyndon B. Johnson in 1967, Kaunda inquired if the United States would provide him with nuclear missiles; all of his requests for modern weapons were refused by the United States.

Kenneth Kaunda married Beatrice Kaweche in 1946, who was involved in freedom struggle at the time and later went on to become the first President of independent Zambia in 1964.

As the First Lady, Beatrice was part of many diplomatic visits and matron of many organizations. As per political observers, she led a very simple life as the First Lady. She authored her autobiography along with Stephen A. Mpashi during 1969. She was involved in many charitable initiatives and she received the Indira Gandhi Non-violence award from UNIP for her efforts.

Betty was suffering from diabetes for many years and she died in the early hours on 18 September 2012 in Harare, Zimbabwe while visiting her daughter. She was 83 when she died and survived by her husband, eight children, 30 grandchildren and eleven great grandchildren.

Your email address will not be published. Required fields are marked with *